Some time ago, I decided to look up Inuit graphic design and came across work on the Pirnoma Technologies Inc  website. Pirnoma Technologies is an Inuit-run company that offers IT support, webdesign, and graphic design in Nunavik, a region in the northernmost reaches of Quebec, Canada. That’s right, it’s in the Arctic!  Nunavik means “great land” in Inuktitut, an Inuit language, and is mostly inhabited by Inuit people. If you’re not sure where Nunavik is here is a map (It’s way up there!):

“Nunavik Parks logo was one of my earliest designs. It had to present the north. The animals and natural formations had to be equally presented, shapes and colors through the logo and text. The mountains, the moon, sea animals and birds are distinguishable in a very simple and effective image.”

I love it! Very bold. Thomassie also created some beautiful wall designs for Nunavik Parks. Check them out in the gallery below:

“The logo is meant to display the work domain of the client – the client is there to support the region and life in the location. The map was also included in respect to Kativik Regional Government’s logo (that I did not create, but it is involved). The animals visually fit around each other reflecting the circle of life.” (I really love the interconnecting of the animals and the color choice.)

“The image portrays with its bright colors and movement in an assembled fashion describing natural adventure through the client, anything is possible. The logo will stand out from a crowded environment.”

“A client requested to have text in Inuttitut to indicate their field of activity, Yoga classes in the north.” Check out how the yoga poses mirror the Inuttitut syllabics!

On the Right Path

Thomassie created the logo for On the Right Path, as well as the following poster which displays “youth, confidence and the north.” 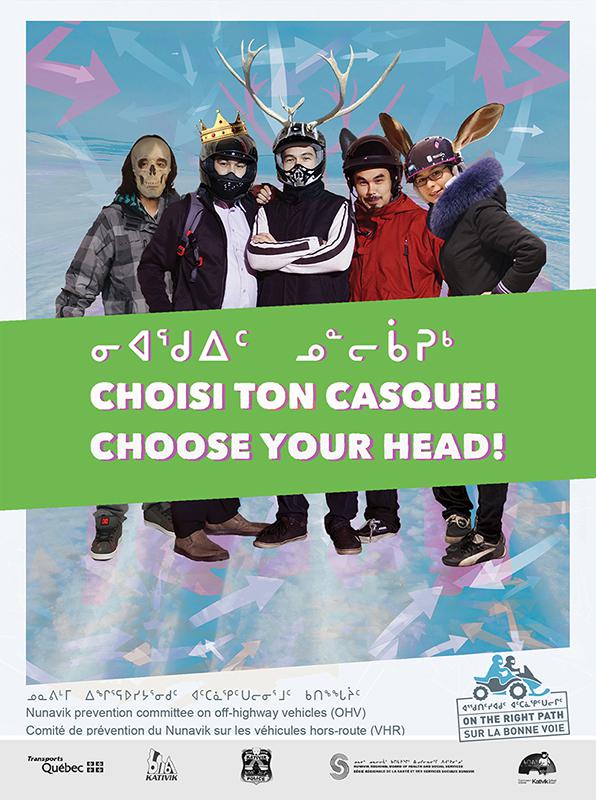 Also, here are two digital posters, “created to show the possibility of an ongoing project, nipisi.” 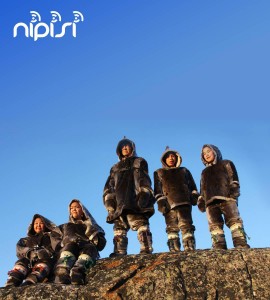 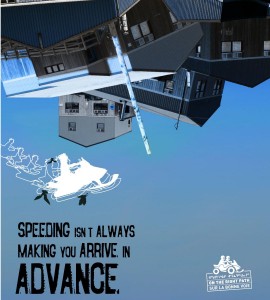 Very cool, no? I hope you enjoyed this selection of work as much as I did! Thanks for sharing, Thomassie! I will be revisiting the Arctic in a future post, but first, I plan on going in the opposite direction and highlighting a few designers from the US Southwest next!