I’m looking to feature more Native designers on this blog, and to facilitate that, I’ve put together a questionnaire. I’m asking that designers submit images of their work, 3-7 pieces (typography, layouts, posters, t-shirt designs, logos, etc), along with their answers to the questions. (Please feel free to give me feedback on the questions themselves as well! Let me know if anything should be added.) Email me at neeb at neebin.com with your answers and images. Thanks, you awesome, talented designers! People need to know about us and what we do! 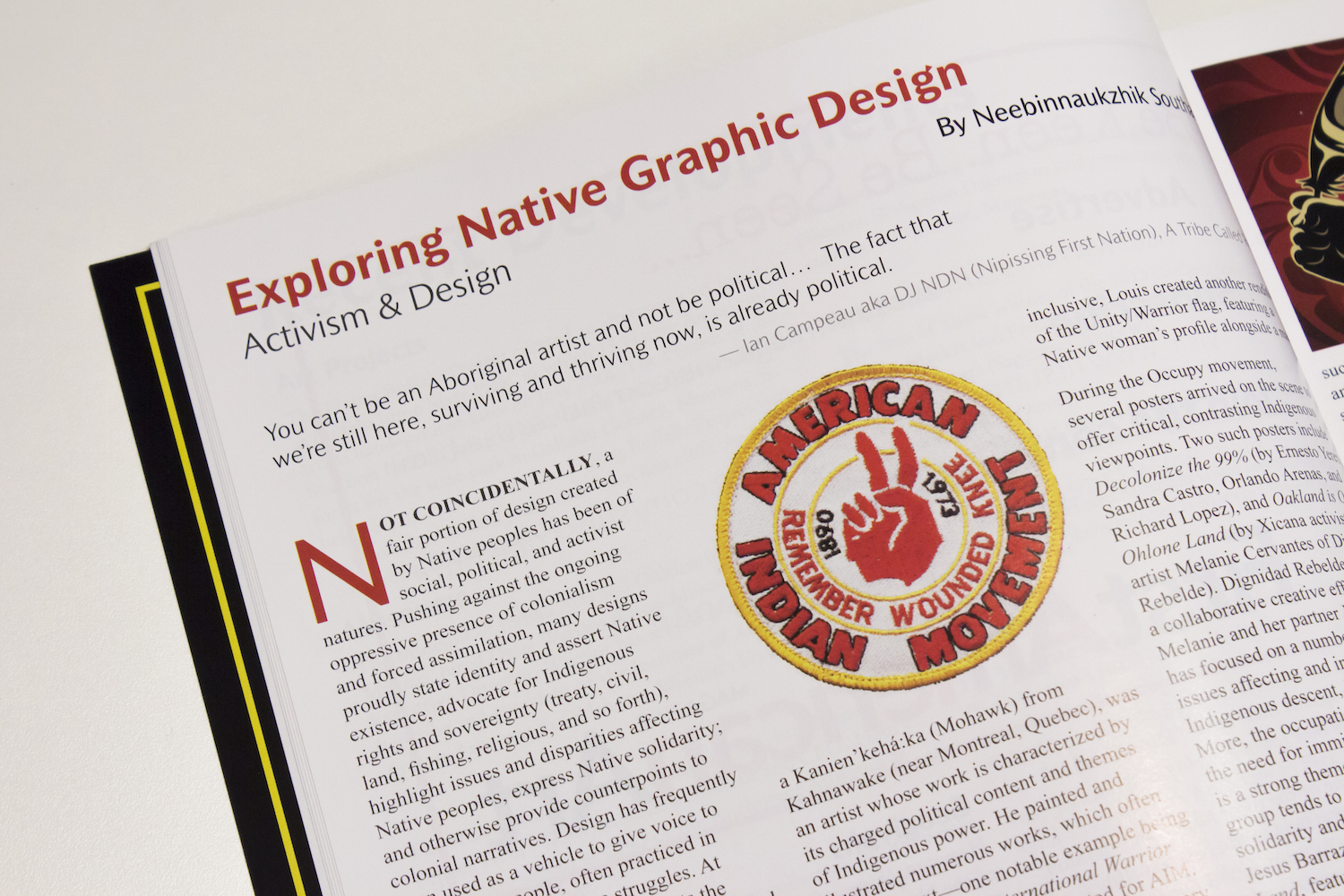